On 21st July 2004, the world of film music suffered an irreparable, devastating loss when Jerry Goldsmith passed away at the age of 75. A titan of the medium and one of the all-time great film music pioneers, Goldsmith was able to turn his hand to every genre, from horror (The Omen) to comedy (Gremlins) to sci-fi (Total Recall). And when it comes to his greatest achievements, Goldsmith’s score for classic 1974 noir Chinatown is at the very forefront. 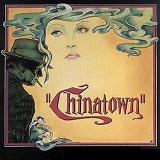 The film of course needs little introduction. Directed by Roman Polanski (still reeling from the death of his wife Sharon Tate, thus infusing the narrative with added melancholy), with a towering central performance from a never-better Jack Nicholson, it’s a movie that combines noir tradition with the hard-nosed pragmatism of early-seventies Hollywood counter-culture.

Robert Towne’s Oscar-winning, labyrinthine script focuses on cynical private eye Jake Gittes (Nicholson), whose apparent investigation into a case of infidelity unexpectedly blossoms into full-blown corruption involving the Los Angeles water supply. And as the mysterious ‘flaw in the iris’, Evelyn Mulwray, Faye Dunaway is an enticingly enigmatic femme fatale although, in-keeping with the film’s revisionist approach, imbued with a keener sense of tragedy than her cinematic predecessors.

One of the most important characters in the film is Goldsmith’s score, although he famously wasn’t the original composer assigned to the project. That would be Phillip Lambro, an esteemed classical musician who, despite the limited number of film score credits to his name, nevertheless jumped at this plum assignment. Lambro was instructed by director Polanski to emulate the sounds of the 1930s, which he did so effectively enough (his work can be heard in the film’s original trailer).

However, both Towne and the film’s producer, the legendary Robert Evans, felt something was missing and although Polanski claimed to be pleased with Lambro’s score, he was replaced by Goldsmith, then coming into his own as a film composer off the back of groundbreaking works like Planet of the Apes and Patton.

With the benefit of hindsight, it’s easy to see why Lambro’s score was replaced – it’s an effective surface score, reflecting the pressed suits, chrome cars and other clichés of the period, but (at least on the basis of the piece in the trailer) does little to extend the film’s emotional narrative like Goldsmith’s does.

Jerry Goldsmith, as per usual, looked beyond the fabric of the film and saw through to its dark, tragic heart, creating a brooding sense of foreboding that serves to make the film a more gripping watch. The composer himself reaffirms this on the album’s liner notes:

“Chinatown takes places in the thirties, and the producer and the director wanted music of that period for underscoring… I told them that I didn’t think that kind of music would be right for the picture, in that the visuals already established the setting as 1930s Los Angeles.” He continues: “It would be too much of a re-emphasis of the thirties with that kind of music… When I first saw the film, I immediately got a flash as to the orchestral fabric I wanted.”

With just ten days to record the score, Goldsmith anchored the soundtrack around the now legendary trumpet motif to capture the doomed romance between Jake and Evelyn. In-between, he made use of avant-garde orchestrations including four pianos, four harps, strings and a guiro (a Latin-American percussive instrument) to lend a distinctly modern edge to the music.

Jerry Goldsmith’s penchant for creativity was by this point already well-established – his game-changing Planet of the Apes score for example featured revolutionary techniques including horns blown without mouthpieces and reedless woodwind instruments. And although the ten-day deadline was unbelievably tight, Goldsmith ended up delivering one of the all-time classic movie scores.

Any discussion of Chinatown must of course begin with that trumpet-based love theme, one of the most haunting pieces of music ever written. Performed by celebrated musician Uan Rasey (who was reportedly told by orchestrator Arthur Morton to play it like “sex… but bad sex”), it’s both beautiful yet arrestingly tragic, the destiny of Jake and Evelyn foretold in musical terms before the movie has even begun.

Goldsmith’s other genius touch within the theme are the shimmering harp and string arrangements to represent the life-giving water supply that is at the heart of the drama.

The next track, “Noah Cross”, changes tack completely, Goldsmith delving into his Apes bag of tricks with bells, guiro and pensive strings creating a stark, arid sound that brilliantly captures the essence of the parched Los Angeles landscape. The trumpet is in there too as a binding ingredient, representing Jake’s descent into an increasingly dangerous underbelly.

It’s back to lush romanticism again in “Jake and Evelyn”, the interaction between the surging strings, piano, harp and trumpet just achingly gorgeous and stylish. The last few bars of rumbling piano then indicate the darker direction in which the score is headed: “The Last of Ida” casts the love theme in a ‘travelling’ arrangement above a bed of piano and guiro before some chilling, guttural piano chords strip the humanity out of the music completely.

“The Captive” continues much in the same vein, uncomfortable orchestrations pitted against the sexy trumpet to suggest different worlds colliding. There’s more interaction between the trumpet and piano in “The Boy on a Horse” and “The Wrong Clue”, a sense of humanity being subsumed by dark forces.

The steady ‘dripping’ of the piano in “J.J. Gittes” is brilliantly evocative, suggesting drops of water falling on the arid desert. Eventually, the piece takes a more purposeful direction as the score marches towards its conclusion, culminating in one final, magnificent performance of the “Love Theme” over the end credits, Goldsmith’s music wonderfully embodying the film’s overarching sense of tragedy.

What’s truly remarkable about the Chinatown score is that, despite its brevity (a mere 25 minutes), it establishes more personality than most modern-day scores three times that length. Every note, every little nuance speaks volumes in this masterful Goldsmith work – never does it succumb to the cliché, now unfortunately prevalent, of scoring the surface thrills of the movie, merely reflecting what’s there.

Goldsmith’s genius was such that he was able to get to the very heart of the story, the presence of his music elevating Polanski’s film from noir pastiche into something more complex – a doomed romance and a portrayal of society on the edge.

This was what made Goldsmith arguably the greatest film composer of all time. He once told a group of film students: “You don’t score a horseback chase; you score the fear of the rider.” It’s a deceptively simple yet brilliant philosophy that’s wholeheartedly embodied by the Chinatown soundtrack.

And the score’s influence is apparent throughout the rest of Goldsmith’s career, whether it’s the jagged rhythms of The Boys from Brazil, the lurking menace of Basic Instinct or the pastiche sound of 1997 noir L.A. Confidential. Innovative, challenging and hauntingly beautiful, Chinatown stakes a claim to being one of the greatest Hollywood scores ever composed.

The score is now something of a collector’s item and can fetch hefty prices on Amazon, although a search of the second-hand sales may yield bargains.